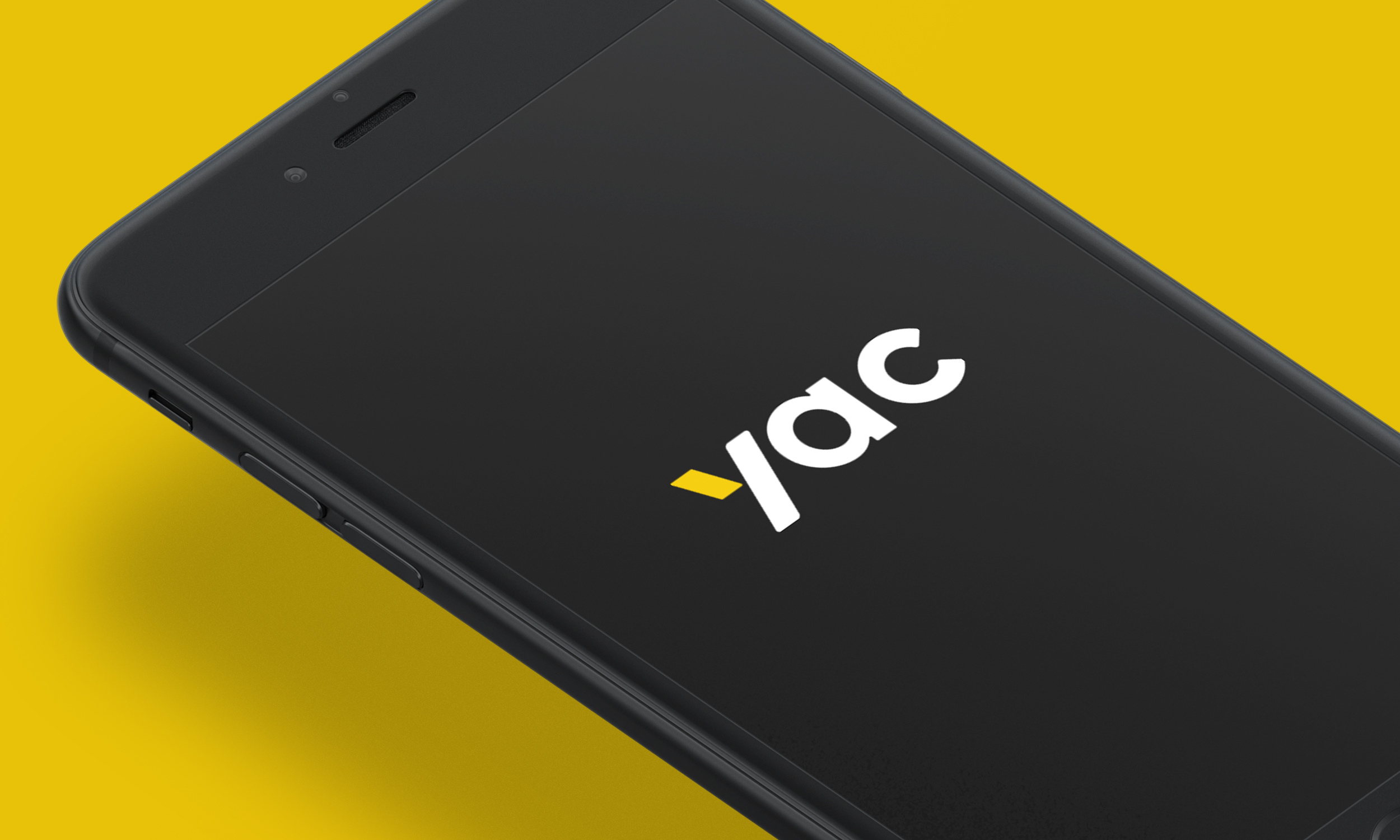 Originally, Yac was named Yelling Across Cubicles, and with this in mind, the team set to create a walkie talkie like app, to be released as a part of a competition on Product Hunt.

During this, I was working close with the team of SoFriendly (part creators of Yac), and they asked me to work on the logo for Yelling Across Cubicles.

After the success of Yelling Across Cubicles, the team set to redesign the app, to create a fantastic voice messaging app, to be used by remote teams. Before the app was launched, Justin asked me to redesign their logo. I immediately said yes and got to work. After several versions and throwing around ideas of all kinds, we settled for what is now the new Yac logo. I was using the space between the yellow bar and the rest of the Y, as a negative space play button. Super subtle, but added a great uniqueness.